Noelia Lorenzo Pino (Irun, 1978) is a teacher of fashion design by profession and was involved in the world of fashion until 2013 when Chamusquina, her first novel was published and then reprinted by Ed.Erin in 2020. Two years later appears La sirena roja (Ed. Erein, Macua). The same group of investigators work together in the subsequent novels, La chica olvidada (Ed.Erein, 2016) and Corazones negros (Ed. Erein, 2018), of which the latter was awarded the “Premio Cubelles Noir” for the best noir novel of the year. It was also a finalist in “Tenerife Noir”, “Salamanca Negra”, Premios Novelpol”, “Tomo negro” as well as in the prestigious “Dashiell Hammet” prize, which is awarded in the “Semana Negra de Gijón” competition. La Estrella de quince puntas (Ed. Erin 2020), her latest novel is a part of the same series.  Apart from the noir novels Noelia Lorenzo writes books for children. 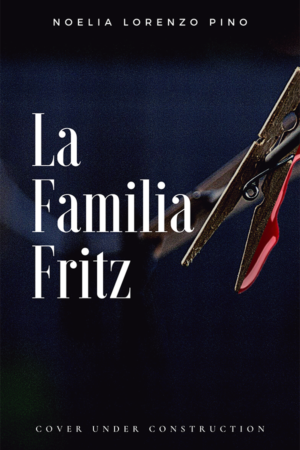