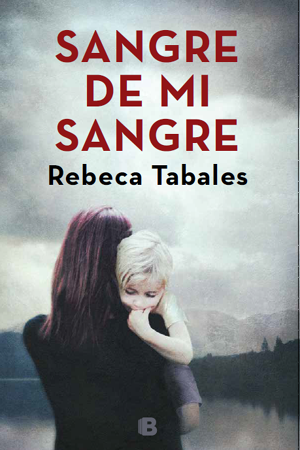 Blood of My Blood centres around guilt, lies and crime and its characters, very well depicted, act on the border between good and evil. A boy who has seen too much. A mother at the end of her tether. A forensic psychologist with a heart.

Rut is an independent forensic psychologist. She thinks that at the age of 35 her job should bring her more money and more recognition. Her heart is divided between a desk-bound detective, a policeman with a patch on one eye and her daughter, a lippy addict to video games. Javier, a seven-year-old boy, has gone through more in life than any adult would bear. One day he begins acting like a mad dog. He has a secret to tell but nobody listens to him.  Alberta has become a shadow of a seductive and rebellious woman she once was. She is rude, cynical and self-destructive. She has exhausted all help and has rejected all charity. She also has a secret, which she would prefer to forget. When Rut meets Javier and his enigmatic mother she will soon understand that there is something inconsistent in what they are telling her…

I have interviewed Alberta Velázquez, 37, and her son Javier García Velázquez,7, every afternoon this week for several hours. I have enough mental notes to begin composing her profile…

One day, in the dark hours of the childhood with its tranquil rhythm, with its romantic moon, there appears the beast of degeneration and it is the werewolf, the zombie, the vampire; one that abuses, one that does not feel, one that betrays. There is no way to escape. The road branches off. Now, there is no sole option, one is not any more an entity, good or bad, one becomes many more. And while the personality branches off, the options become limited to only two: freedom or submission.

The free one spews out, always at a cost, the corruption of the other, recovers and goes his way. The moon is not so bright any more, there is blood in the water but the losses are tolerable, one can give a name to the scar. The slave falls directly from his innocence into the rotten heart of the other like a diver, disregards his growth and his hopes, gives up out of a weakness or courage, surrenders out of love or diversion. Alberta fell…

A psychological thriller with great commercial potential which reflects the problems of the day, like difficult motherhood, violence or the sentiment of guilt.


Intrigue and psychological depth. Childhood is not a paradise for everybody.

In Sangre de mi sangre Rebeca Tabales demonstrates her psychological knowledge and her writing skills and offers the readers a story which is fascinating, compassionate and also rousing anger. The prose is strong and brutal and at the same time extremely enjoyable. The characters come to life in the heart-rending story while the still prevailing, unjust system of defence of the abused adds moral significance to the narrative. Undoubtedly, an engrossing psychological thriller with an unexpected and brilliant culmination.

Few years ago Rebeca Tabales’ Eres bella and brutal dazzled me. With Sangre de mi sangre I can only keep saying: follow this writer! Rebeca Tabales entered the noir genre twisting the cliché and doing something very personal. 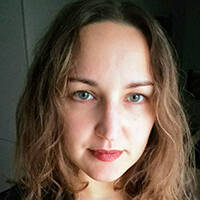